In simple terms, humm is an easy alternative to paying with cash or with credit card and allows you to pay in monthly instalments.

*Interest rates and fees are dependent on your plan.

To be eligible for humm you must meet the following criteria:

• Be at least 18 years of age
• Provide proof of PPS number & address
• Be an Irish citizen or permanent resident of Ireland
• Earn a minimum taxable income of €1,000 per month
• Have a current credit/debit card and a photo ID
• Have a good credit history
Get A Quote
Apply Now

A Single Test That Can Predict Onset Of Myopia in Children 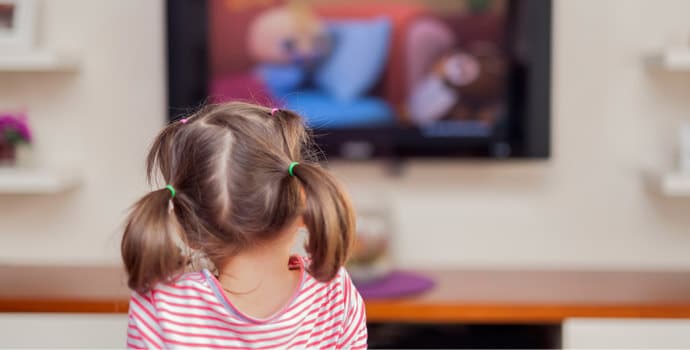 Most of us will recall that very often, as a child, our parents would holler at us to “move back from that television or you’ll get square eyes!”. (Does this ring any bells or was it just me!?)

Of course, as a child you don’t question the fact that it is not physically possible to ever get square eyes but I guess this term was not designed to be taken literally! Translating it, what parents were really saying was simply that sitting too close to the television was bad for your vision and could result in damage being caused to your eyes.

As it turns out though, our parents were wrong all along - or were they perhaps just guilty of telling us little white lies to stop us watching television?

Whatever their reasons, the fact of the matter is that a new report, published in the US, finds no evidence at all to show that close up activities such as frequent reading or sitting too close to the television can bring on myopia, or near-sightedness. But what it does intriguingly find is that it is now possible to predict the onset of myopia in children.

What is myopia, exactly?

Myopia is the medical term for near-sightedness. It is one of the eye conditions that come under the heading of Refractive Errors.

Refraction is the bending of light, and this is what the cornea (the clear part at the front of the eye) does to the light that enters the eye. The spherical cornea is supposed to bend light evenly so that it hits one single point on the retina at the back of the eye to form a sharp image.

However, many people have irregularly shaped corneas, which do not bend or refract light evenly, so they have trouble forming a clear image. Essentially, because the light gets focused in front of the cornea rather than directly on it, objects that are far away appear to be blurry.

How is myopia treated?

Thankfully, myopia can now be easily, painlessly and very quickly corrected through laser eye surgery. Laser eye surgery will simply reshape the cornea, allowing light to focus on the retina so that you can once again form a sharp image, without having to rely on corrective eyewear.

Essentially, what we’re saying is that, instead of having to wear glasses or contact lenses to adapt your vision to cope with your myopia, a simple 10 minute laser eye surgery procedure can completely correct this problem for you.


The onset of myopia in children – the report’s findings

The College of Optometry at the Ohio State University, first commenced its study into the onset of myopia (near sightedness) in children, and the underlying causes of myopia, 20 years ago way back in September 1989.

The objective of the study was simply “to determine the best set of predictors for myopia onset in school aged children”.

With this in mind, data was collected from 4,512 ethnically diverse, non- myopic school aged children from grades 1 through to 8.

The result of this study is truly ground-breaking by virtue of the fact that it has now identified a single test that can predict which kids will become near-sighted by eighth grade.

And that test is simply this: that future myopia can be predicted in a non-myopic child using a single measure of refractive error.

The main outcome and measures

The study evaluated 13 potential risk factors for near-sightedness, in order to determine the strongest single predictor or set of predictors that could identify those children most likely to develop myopia; these included physical measurements of the eye, as well as reports from parents about their children's activities.

Of these 13 potential risk factors, the report determined that 8 of these did actually increase the likelihood of kids developing the onset of myopia / near-sightedness.

One important risk factor established was having two near-sighted parents but equally, the most surprising and notable exception from risk factors were activities that involved near-work (close up activities such as reading and watching television). 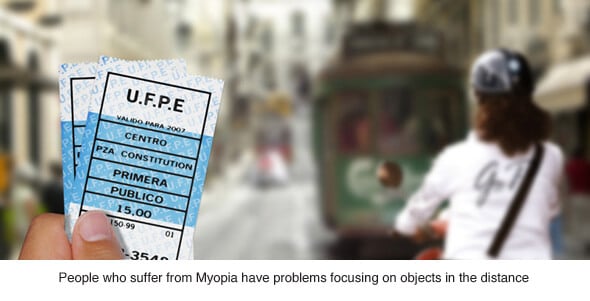 In people with myopia, what happens is that the typically spherical eyeball in fact becomes oval shaped which therefore distorts the vision.

However, the finding of this study clearly shows that kids who will grow up with normal vision are actually slightly far-sighted when they are in first grade. This means that the potential for future myopia can be detected at this very young age via a refractive error measure that reveals little to no far-sightedness.

So in real terms then, the findings of this report clearly show that a 6-year-old child with less far-sightedness is at a higher risk of developing myopia sooner.

And furthermore, if every child was to have an examination before starting school, refractive error could be assessed which would help to predict whether a child will at some point develop myopia.

Laser Eye Surgery from Optilase is more popular than ever

How do lasers work on eyes?

Who can get KAMRA inlay lens?

Record Demand for Treatment To Eliminate The Need for Reading Glasses

At your consultation we will answer all your questions, discuss finance options, and assess whether you are a suitable candidate for one of our life-changing, treatments. Consultations with our expert Optometrists are free and take approximately 1 hour at one of our nationwide clinics.
World’s Leading Technology
Laser Eye Surgery Lifetime Care Guarantee
Laser Health Insurance Discount
World-Renowned Surgeons
20% Tax Relief
0% Interest Free Finance
99% Of Our Patients Recommend Us

About us
Blog
Our Clinics
Testimonials
Pricing
Contact Us
Corporate Discounts

Stay up to date! Sign up to our newsletter here.

What is iDesign?
What is IntraLase?