In simple terms, humm is an easy alternative to paying with cash or with credit card and allows you to pay in monthly instalments.

*Interest rates and fees are dependent on your plan.

To be eligible for humm you must meet the following criteria:

• Be at least 18 years of age
• Provide proof of PPS number & address
• Be an Irish citizen or permanent resident of Ireland
• Earn a minimum taxable income of €1,000 per month
• Have a current credit/debit card and a photo ID
• Have a good credit history
Get A Quote
Apply Now

Eye Makeup through the Ages 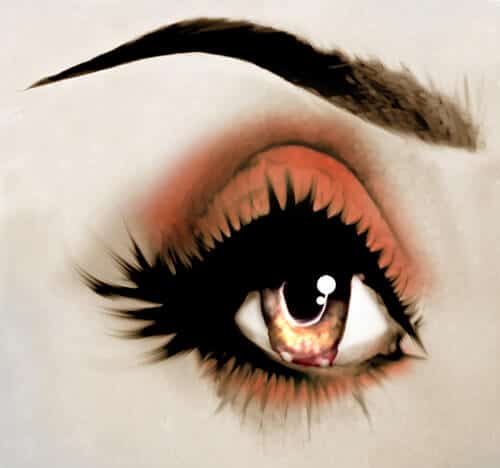 Since the beginning of human history, the eyes have always held a special place in our concept of beauty. Charlotte Bronte famously said that eyes are the ‘faithful interpreter’ of the soul - and the concept of eyes as the truest version of ourselves is one that has stuck around. It’s little wonder then, that for millennia, women and men have been trying every trick in the book to make their eyes as attractive and beguiling as possible. From the early application of toxic chemicals to the wide-eyed fashion of the 60s, the story of this human obsession with beauty is a fascinating one. Take a trip with us through the ages to discover the history of all things eyes.

The earliest recorded cosmetics have been found in the tombs of Ancient Egypt where women and men used kohl and malachite to create exotic green and black-rimmed eyes. These daring face paints were not only used for aesthetic reasons, they also protected from the desert sun and warded off insects. Unfortunately, the kohl products in use were incredibly toxic and the Egyptian fashionistas may have been slowly poisoning themselves. 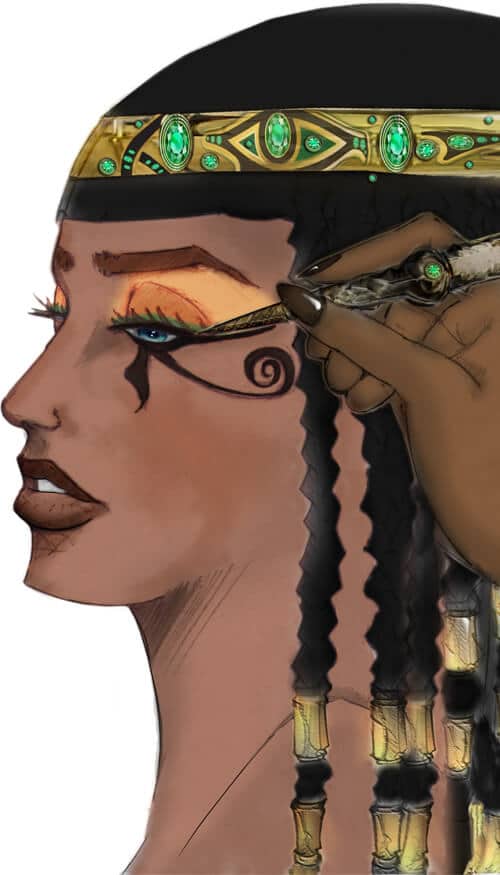 The mid-18th century saw a trend in porcelain skin that involved men and women using poisonous lead-based makeup all over their faces. This had the unfortunate side effect of hair loss, affecting the eyebrows in particular. When - in the latter part of the decade - defined eyebrows became fashionable, false eyebrows were often fashioned from mouse skin and stuck on with glue! 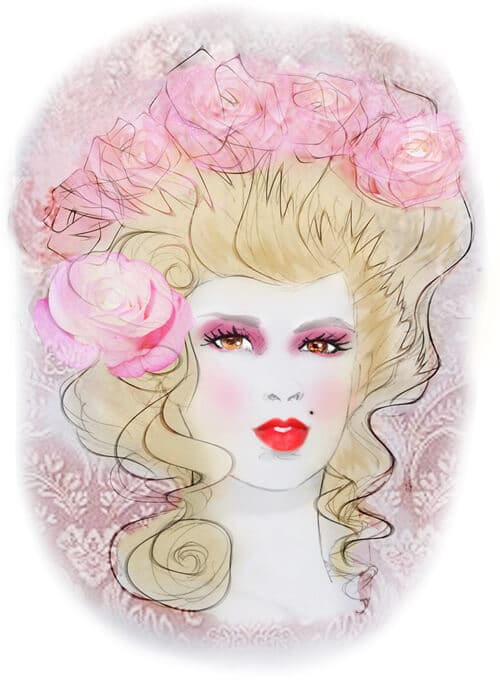 It took the wider world a long time to really latch on to the virtues of makeup which prior to the 20th century weaved in and out of fashion, often seen as something vulgar and reserved for prostitutes and actresses. But with the advent of early mascaras (thank you Maybelline) and the iconic flapper style characterised by early film stars, it truly took off. Dark-ringed sultry eyes were the order of the day paired with ruby red lips and heaps of attitude. 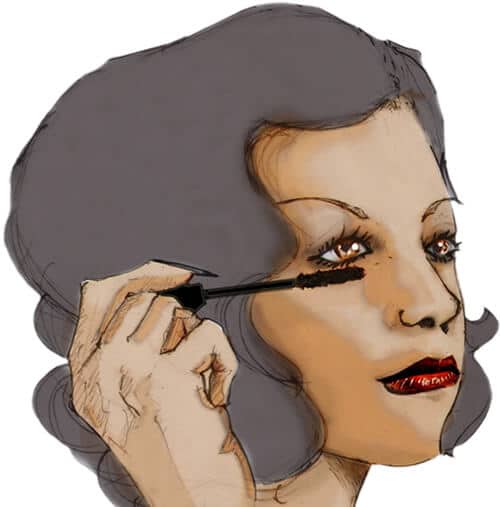 The period around the Second World War saw a more muted eye palate to match the sombre times. Eyebrows were arched but full and low-key colours were worn on the socket only. The 50s, however, brought with it optimism in the form of shimmering pastel shades and bold, heavily dressed lashes. Popularised by the likes of Marilyn Monroe, pale pretty eyeshadow was teamed with winged eyeliner to create a classic look we hanker for still. 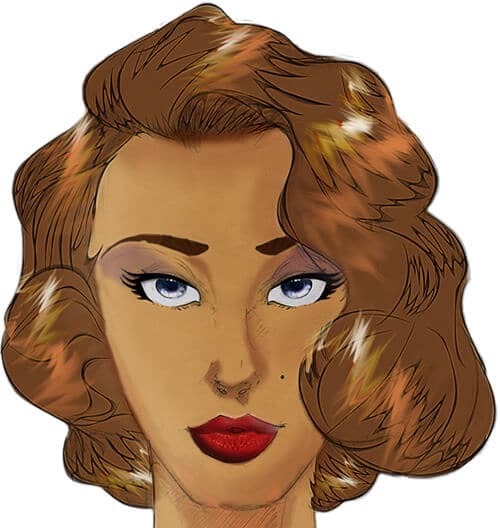 The 60s was a time of liberation, freedom and wide-eyed sex appeal.  A new generation of teenagers sought a look that was a world away from the classic femininity of their parents’ generation.  Mascara was used in a new way to create spiky, larger-than-life lashes and a Twiggy-esque stare. Eyeliner was used both on the lash line and in the crease of the eye socket for double impact and paired with muted lips so that the eyes truly did the talking. 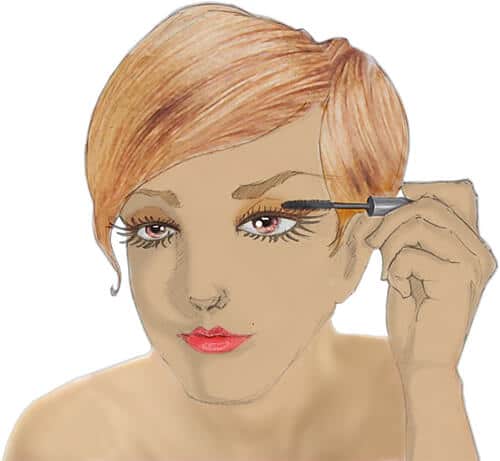 The 80s still holds the crown as the most fun decade of makeup, with eyes displaying a myriad of clashing hues and an anything-goes attitude. This is also a breakthrough era with makeup for men moving into the mainstream and major pop stars revelling in an androgynous look. Electric-blue eyeliner was a standout look and shadows were big and bold often worn up to a more natural, full eyebrow. 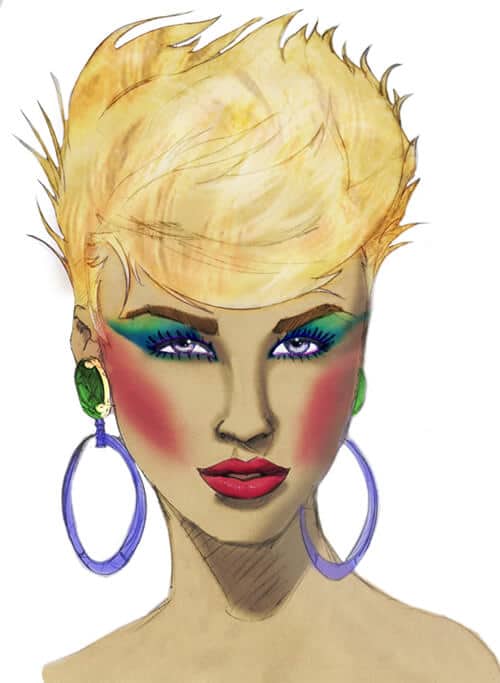 The 90s kicked against the exuberant bright shades of the 80s, with smoky eyes in shades of taupe and grey and delicately lined under eyes that chimed with a burgeoning indie and grunge scene. The brows were sleeker, slimmer and heavily lined. This was a matte look that spoke of natural beauty, and has seen a huge fashion comeback in recent years. 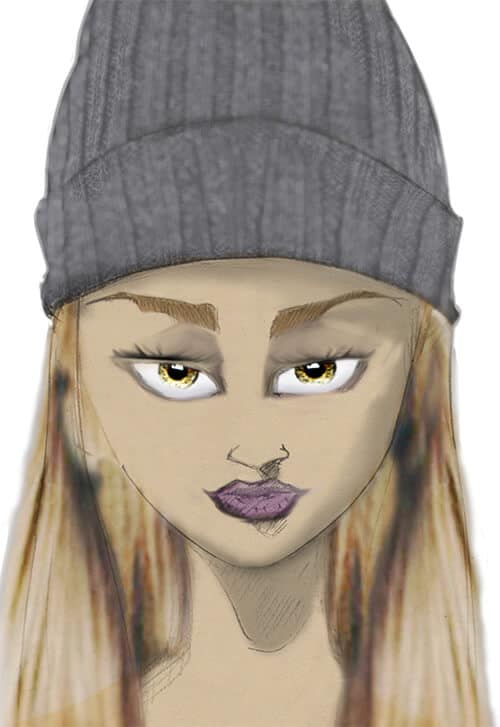 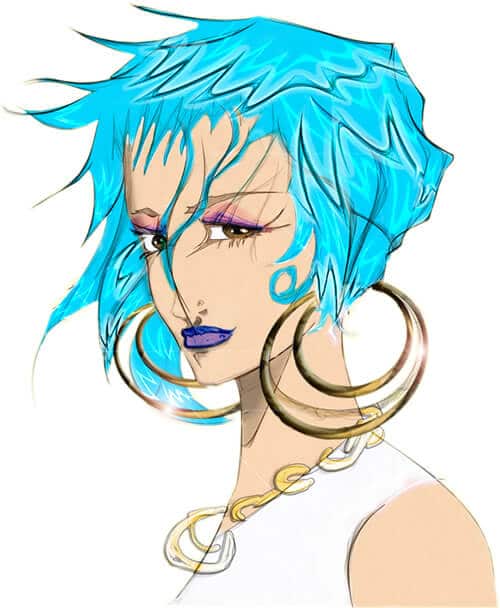 The early noughties saw a return to shimmering eye shades and neatly arched brows but fast forward to right now and it is the return of the full, heavy brow that defines our modern makeup look.
The leaps in makeup technology, modern gel liners and contouring products also mean that we have the flexibility to create almost any look we choose. What’s more, we can cherry-pick the best of decades gone by with the result that vintage looks come and go with the passing of the seasons.

The rise of male makeup is also a trend that can’t be underestimated. The popularity of male YouTube makeup stars mean that this may truly be the decade of a gender-equal approach to how we dress our eyes.

Whatever the future holds for our eyes, it’s a lot of fun looking back over what has gone before and imagining just what wild eye makeup trends the next few decades might bring.

Pupil size and its role in laser eye treatment eligibility

At your consultation we will answer all your questions, discuss finance options, and assess whether you are a suitable candidate for one of our life-changing, treatments. Consultations with our expert Optometrists are free and take approximately 1 hour at one of our nationwide clinics.
World’s Leading Technology
Laser Eye Surgery Lifetime Care Guarantee
Laser Health Insurance Discount
World-Renowned Surgeons
20% Tax Relief
0% Interest Free Finance
99% Of Our Patients Recommend Us

About us
Blog
Our Clinics
Testimonials
Pricing
Contact Us
Corporate Discounts

Stay up to date! Sign up to our newsletter here.

What is iDesign?
What is IntraLase?